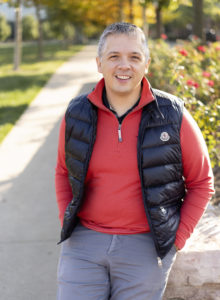 The recent announcement of changes to the National Collegiate Athletic Association’s (NCAA)Name, Image and Likeness rules has caught the attention of many. I am already helping college athletes navigate the changes to the rules as they now stand to make money…. very taxable money from endorsement agreements and other lucrative deals.

Otherwise known as the NIL, the Name, Image and Likeness rule is centered upon a college athlete’s right to profit off of their name, notoriety or standing.  Previously, college athletes were strictly prohibited from earning money from their NIL. This was done out of the belief that preserving the amateur status of college athletes was of the utmost importance and that their compensation came in the form of scholarships and other approved funds. Stepping outside of these lines and accepting money would often result in lost eligibility and other suspensions.

But now those strict guidelines are a thing of the past and several states have passed these new NIL laws. As far as the buckeye state goes, Ohio Governor Mike DeWine instituted an executive order regarding the NIL on July 1, 2021. Since this law has started to pass in various states, we are seeing deals being signed and announced by college athletes hand over fist. From sponsored social media posts to product endorsement and merchandise agreements, deals are being inked and the need for these young athletes to lean into the expertise of certain advisors is vital. It simply can’t be overlooked.

Outside advisement goes far beyond hiring an agent, which college athletes looking for NIL deals can now do. They will also need legal guidance, financial guidance and an experienced CPA keeping them compliant every step of the way. Every deal, every dollar, will touch the tax burden for these young athletes. Securing deals and watching the money come in and then figuring out how to navigate the tax landscape could be crippling. I strongly encourage all collegiate athletes testing the NIL waters to consult a CPA BEFORE agreeing to any partnerships.

I invite all college athletes looking for or being approached for NIL deals to reach out to me for help. Let’s talk about the tax implications that will accompany each opportunity. I have several years’ experience in working with up and coming pro and current pro athletes as well as retired pro athletes and pro level coaches and officials. I am also a NFLPA Registered Player Advisor for the National Football League, and I am well-versed in working with NBA players.  My experience can guide you now in the early stages and as your athletic career and NIL continue to grow.

Give me  a call at 614.494.5300 or drop me an email at JLinscott@HolbrookManter today. You can also read my bio by clicking here.