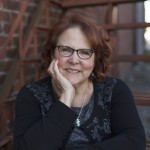 Medicare Advantage- Part C: Includes BOTH Part A & Part B

There are many different kinds of Medicare Advantage options available. Not every plan provider will have each kind, and it is advisable to shop around to see all the options available in the enrollee’s service area.

Decide when to apply – Considerations:

TIMING IS CRITICAL! Medicare has many enrollment periods for the various “Parts” of Medicare. Enrollees that miss the optimal “window of opportunity” will incur higher out-of-pocket costs in the interim as well as permanent lifelong penalties.  (See NASTY COST OF NOT ENROLLING ON TIME – Penalty Calculation at the end of this article.)

This is the beneficiary’s first opportunity to enroll in Medicare Part A and B (except those who are medically disabled under the age of 65).  The IEP is 7 months long, beginning 3 months before the 65th birthday month and ending 3 months after the 65th birthday month.  All Medicare eligible people need to enroll for Medicare Part A and B during this period unless they are eligible for a Special Enrollment Period (SEP) later.  Those that do not enroll during their IEP or, if applicable, SEP will pay lifelong penalties, and will have a delay in applying to get access to Medicare coverage.

Circumstances that would indicate necessity or benefit for application for Part A and B during the IEP:

Those who have coverage under group health plans for an employer for which the individual or their spouse are still actively working (the employer that is providing the coverage) will qualify for a SEP to sign up for Part A and/or Part B when the job or coverage ends, whichever comes first. Although it is possible to enroll in Medicare any time between the end of the IEP and before work or employer coverage ends, the SEP lasts for 8 months after the employment or coverage ends.  There is usually not a late enrollment penalty for those who sign up during the SEP.  However, Part B coverage begins on the first day of the month after enrollment.

For those who continue working beyond 65, the law requires the employer to offer exactly the same health benefits that are offered to younger workers in the same company or organization.

Most people who delay Part B nonetheless sign up for Part A during their initial enrollment period at age 65. Even though delaying Part A beyond age 65 doesn’t, generally, risk penalty, signing up has the advantage of making sure that a Social Security official enters into the record the fact that Part B is being delaying on the basis of current employment.

However, for those for which their employer health insurance takes the form of a high-deductible plan paired with a Health Savings account, there may be a very good reason to delay Part A.  Under IRS rules, enrollment in any part of Medicare makes an individual ineligible to contribute to an HSA. Those covered by their spouse’s HSA at work aren’t affected by the rule because they are not the contributing employee.  It’s suggested that contributions to the HSA be stopped several months before starting to draw Social Security benefits as any retroactive “back pay” will cause the Medicare coverage to be retroactive as well. Those who have an HSA may also want to delay signing up for Part D as well.

Even those who can delay Part B in favor of employer insurance have some choices:

That is really what the SEP is all about.  It allows the postponing of Part B – and the required monthly premiums – without risking late penalties.  But only in certain circumstances.

There are also a few circumstances for which a SEP is available to drop out of a Medicare Advantage or Part D drug plan without joining another.  These include getting health benefits from a new job, becoming eligible for TRICARE or VA drug coverage, or moving out of the US.

A plan must dis-enroll someone that moves permanently out of its service area, gets imprisoned, loses eligibility for Medicare or if someone has misrepresented other coverage they have.

Part D coverage for prescription drugs comes with its own set of rules on enrollment.  These rules are more flexible and allow more choices.  Although Part D is voluntary, there are still penalties for not enrolling when first eligible.

The “best” time to enroll will depend on individual circumstances.

For those without creditable drug coverage, the “best” time is, generally, during the 7 month IEP around age 65.

A Part D plan isn’t required for those who already have creditable drug coverage from another source.  Drug coverage is creditable if its value is at least as good as Part D’s – specifically, if whoever sponsors it pays at least as much money overall for everybody in the plan as Medicare would. Having creditable coverage generally allows the ability to switch to a Part D drug plan without penalty if the other coverage is lost sometime in the future.  It is a good idea to ask for annual confirmation from your plan administrator that your employer’s plan is creditable, though.

Since those who aren’t enrolled in Part A or Part B aren’t eligible for Part D, there should be no late penalties even if the drug coverage at work isn’t creditable.

The SEP for enrolling in a drug plan is only two months after the other coverage ends.  Additionally, the law says that those with Medicare Part A and/or Part B that go for more than 63 days without Part D or other creditable coverage will get a late penalty. It is important to note that they must be actually receiving Part D coverage within 63 days to avoid a penalty.  Since drug coverage actually begins on the first of the month after enrollment, it is better to consider the SEP as two months, not 63 days!

Medigap insurance has no annual open enrollment periods of the kind that exist for other Medicare drug and health plans.  However, there is a six month time frame after enrollment in Part B when Medigap can be bought with full federal protections.  This is a one-time opportunity to buy a policy with no fear of being turned down. Once purchased the policy owner has a guaranteed right to be renewed.

Since federal law doesn’t provide an absolute right to switch from one Medigap policy to another, some consumer advocates advise purchasing the best policy that can be afforded to save the hassle and loss of federal protections of changing plans later on.

The OEP runs from October 15th through December 7th each year and is only for people already enrolled in Medicare.  During the annual OEP beneficiaries may sign up for, drop or change Part D prescription drug plans, switch Medicare Part C Advantage plans, enroll in a Medicare Part C Advantage plan for the first time, or go from a Medicare Advantage plan to traditional Medicare. Enrollment changes take effect on January 1 of the following year.  Coverage in existing plans continue until midnight on December 31st.

Plans will send Annual Notice of Changes (ANOC) no later than September 30th.  It is important to read them so that informed decisions can be made as to whether or not changes should be made during the OEP.  It can pay to compare plans annually.  Shopping around can definitely be worth the time it takes.

The GEP runs from January 1st to March 31st each year.  During the annual GEP those who missed their IEP or SEP for enrolling in Medicare Part B can enroll.  However, coverage will not start until July 1 of the same year and they may be hit with late penalties that are added to their monthly Part B premiums for all future years!

The MADP provides Medicare beneficiaries another opportunity to dis-enroll from a Medicare Advantage plan and switch to traditional Medicare, but not vice versa.  The MADP extends from January 1st through February 14th each year.  The change will take place the first of the following month.  The same beneficiary can enroll in a standalone Prescription Drug Plan (PDP) for Part D coverage during the MADP as well.  The person may also enroll in a Medigap plan.

There are a few, limited situations when it is possible to appeal a penalty.  However, the government enforces the rules strictly and being ignorant of them isn’t considered a defense.

Part A penalties only apply to those who could’ve gotten Part A services by paying monthly premiums (those without 10 years of work credits in Social Security) but failed to enroll as soon as they were eligible.  Part A penalties add 10% to the premium, but that percentage isn’t multiplied by the number of years of delayed enrollment and they only go on for double the length of time that enrollment was delayed.

Part B penalties amount to an additional 10% for every full 12-month period elapsed between the end of the IEP and the end of the GEP when someone finally signs up less any time covered by group health insurance after age 65 from active employment. Not only are they permanent, but they tend to increase over time as they are calculated based on a percentage of the Part B standard premiums for any given year.

Although Part D prescription drug coverage is voluntary, it also comes with consequences for enrolling later than eligible.

The basis for the penalties is the national average percentage (NAP). Every fall, Medicare works out the average of all the premiums that Part D plans nationwide will charge during the following year.  This dollar amount becomes the NAP for the next year.  The late penalty consists of 1% of the NAP for every month without creditable coverage or Part D.  It works out to 12% a year.  These penalties are permanent and will increase as the NAP increases.